With the opening of Istanbul's gigantic new airport in March 2019, all eyes have turned to the new metro line. Costing in excess of 2 Billion USD to construct, the new lines starts at the heart of Istanbul's business district, and terminates with three stations at the new airport.

37km of tunnel to be dug

To protect the vast forests of Northern Istanbul, the entire route is to be through 37 km of tunnel. Six tunnel boring machines starting digging the tunnels in late 2017, and are expected to complete the tunneling by the end of 2019.

Small towns are expected to see a construction boom

The line has stations in the small towns of Gokturk and Kemerburgaz. Both have small populations yet the average incomes are high compared to the rest of Istanbul. Both towns are "villa" towns, with Gokturk being home to Istanbul's largest golf course.

A total of 9 stations are to be built

With the line starting at the existing M2 metro station of Gayrettepe, it continues to Kagithane where it links up to the new M7 metro line. From there it continues to Hasdal, Kemerburgaz, Gokturk, Ihsaniye, before terminating at the airport with three stations. 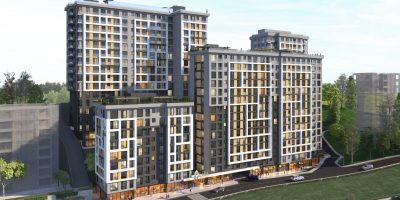