The Turkish government are due to announce a reduction in the requirements for the "golden passport".

Following on from iniatives in other EU countries, Turkish authorities announced in 2017, that for a $1,000,000 (one million US dollars) investment, investors would qualify for Turkish nationality. With the figure so high, only a handful of applications were made by investors.

Authorities are now due to announce the reduction of this figure to $300,000. With the majority of international real estate purchases in Turkey in the $100,000 to $300,000 bracket, this reduction is expensive to see a huge rise in the number of applicants.

Head of government real estate arm, GYODER, Dr Feyzullah Yetkin, said he expects the law to change in early May. "This development will seriously increase the number of international buyers in Turkey. Buyers over one million dollars only represents a small fraction of international buyers. According to our research, most purchases are between $100,000 and $300,000." said Dr Yetgin.

Conditions to qualify are expected to be the same - the real estate must be ready, the title (Tapu) must be transferred to the buyer, and the government place a charge against the title for three years - meaning the investment is for a minimum of three years. 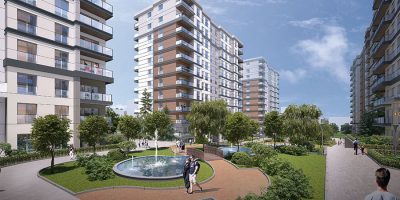