A Guide to Balat

Balat a neighbourhood with exceptional history in Istanbul. It is also on the list of the UNESCO heritage sites, and yet it is still a region rarely visited by tourists. Whether you enjoyed losing yourself while walking in the area or have only seen pictures of its charming architectures and colourful traditional townhouses, you must have wondered about the story behind the unique neighbourhood.

Balat's community has a diverse cultural background and beliefs - Jews who ran away from Spain, Christians from Armenia, Orthodox Christians, and Muslims. This blend combined to form a rich mosaic of unique architecture, monuments, colours, traditions, and cuisine. Balat tells the spirit of old Istanbul, hosting a small Jewish place of worship (Ahrida Synagogue built in the 1400s), an Eastern Orthodox Church, some of the most beautiful churches, in addition to many mosques with astounding examples of Islamic art to create a fascinating cultural mix that has lived together peacefully for centuries.

In Balat you see buildings painted in a myriad of colours, washing lines tied between buildings, kids playing in the streets and various beautiful boutique cafes and antique stores. The Kariye Museum is a must visit, formerly the Church of St. Savior, to see its artistic mosaics. Afterwards drink a tea in the Molla Aski Park to appreciate a magnificent panorama of the Golden Horn.

Phanar Greek Orthodox College, which is the oldest surviving and most prestigious Greek Orthodox school in Istanbul founded in 1454, became the area’s landmark, attracting large crowds of  history lovers, photographers, and explorers.

Before leaving one can find a large selection of antique shops in Vodina Street – the heart of the district. A street filled with tiny art shops, local storekeepers and boutique cafes. The fresh bread's smell will drive you to one of the most traditional bakeries in Istanbul. The 60 years old Tarihi Taş Fırın Evin Unlu Mamulleri bakes their famous crispy crackers using the same recipe in the original stone oven. To try the old Turkish cuisine, head over to Agora Meyhanesi, a 140 years old meeting point for locals and travellers.

Following a process of de-industrialization in the mid-1980s, The European Union granted 7 million Euros at the beginning of the 2000s with the goals of rehabilitation and restoration. As restoration costs exceeded the expectations Fatih Municipality extended the maintenance plan for more buildings, but the project was left unfinished. By 2007 another Renewal Project was declared with the private sector but it was suspended by 2013. Later, the Balat region has been opened to investors and what urban transformation failed to do is being done by capital. Prices have increased via speculation as the landowners are selling their houses to investors to turn it into new hotels and touristic facilities at a fast pace. History lovers should visit the area to see it in its charm before it becomes white-washed by speculators, investors and over capitalisation. 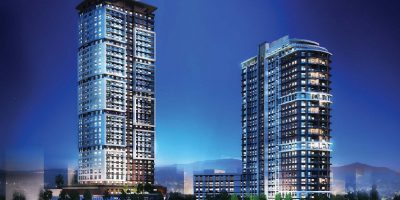