Due to a lack of knowledge, most foreign buyers of real estate happen on the European side. Yet the Anatolian side of Istanbul is considered more desirable by Turks. Standard of life is higher, as is the average income, education levels are better, hospitals and education centres are better equipped - Turks tend to prefer living on the Asian side and commuting to work if necessary.

Regions such as Uskudar and Kadikoy are considered central Istanbul by Turks - equal to Fatih, Besiktas, and Sisli. These five districts are considered to be central Istanbul by Turks. This is because they make up the majority of the city’s work opportunities. On the Asian Side, regions such as Caddebostan, Bagdat Avenue, and Camlica, are areas where apartments can change hands for as much 25.000 - 30.000 TL per square metre.

Kadikoy is developing into a haven of secure complexes in well maintained, almost manicured neighbourhoods. Fikirtepe, for example, is developing into a highly desirable district of Kadikoy, with excellent public transport providing easy access to the business district of Levent, and the historic region of Fatih. Fikirtepe is expected to soar in prices over the next 2-3 years, as most developments approach completion.

Atasehir, an eloquent and almost utopian haven of complexes and business centres, has now developed into the perfect family region. With the new International finance centre approaching completion at a cost of several billion dollars, the region is expected to accommodate an additional 50.000 white collar employees on completion. A further 900 million liras are being invested in a new metro line, due to complete in time with the IFC in 2019. Upon completion, the IFC (by law) requires all major Turkish banks and regulatory bodies to move to Atasehir.

Already well known as being the “hospital district” of Istanbul, Atasehir will remain well ahead of any other district of Istanbul, a region where the average salary is the highest in Istanbul

Moving further east along the Marmara sea, average prices fall, yet quality remains high. Kartal is the next district which the Turkish government has targeted for regeneration. Already home to major firms such as Turkcell, Audi, VW, and Carrefour, Kartal’s old factories are being converted to skyscrapers and business centres. To aid this development, the government invested a billion liras into a fast metrolink into Kadikoy, and over a billion Euros in connecting the region non stop to the historic Fatih district. 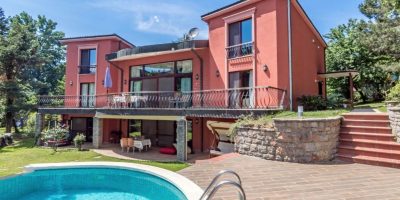 Mansion in the historic Belgrade forest in Istanbul