Pera Property has conducted real estate statistics in Istanbul since 2011, collected meticulously from government agencies. These statistics include new and old property, with older property tending to distort statistics downwards.

The important question: Which regions of Istanbul have performed the best since 2011? Even more important, is what are these statistics like, once adjusted for the US Dollar - Turkish Lira exchange rate? The result is quite shocking but predictable.

These statistics show price rises in Istanbul since 2011, according to the Turkish Lira price. As expected the best performers are central regions of Istanbul. Besiktas, Sariyer, and Bakirkoy lead the statistics with a whopping 280%, 252%, and 240% price rise since 2011. What surprises our foreign clients, is two districts in the top five are on the Anatolian side: Kadikoy (276%) and Atasehir (235%). Unfortunately, most foreigners assume the Anatolian side is less desirable, when in fact the reverse is true.

Atasehir has seen outstanding price rise, driven by the International Finance district, currently under construction. This district is due to complete in 2019, along with a new metro line. All Turkish banking HQs, the Turkish Central Bank, and regulatory bodies are obliged (under law) to move to the IFS by 2023. This will bring in over 50,000 white collar workers.

Kadikoy is one of Istanbul's oldest districts, and is home to some of the world's most expensive real estate. Fenerbahce, Moda, and Caddebostan enjoy stupendous sea and Bosphorus views, and prices can hit 7-8,000 dollars per square metre here. Kadikoy has also seen heavy government investment, with a new metro line terminating in Pendik, a rail line directly into the historic Sultanahmet region (in 7 minutes), and a road tunnel joining it to the historic peninsula at Yenikapi.

Bakirkoy is a traditional Turkish neighbourhood, middle class, with excellent sea views. Atakoy is the best performer in Bakirkoy, and is popular with middle management and Airport staff. Bakirkoy is in the midst of huge government investment with two metro lines, and a high speed train terminal under construction and due to complete by 2020.

Worse performers will surprise most investors - Beyoglu, home to Taksim and many historical touristic locations, has returned 114% over the last 6 years. This is an exception, due to the fact that very few sales actually happen in Taksim due to its protected nature. This will change over the next five years, as the government has allocated much old stock for Urban regeneration.

Basaksehir, is second worst with a 121% performance since 2011. This is due to the industrial nature of the region, and is only propped up by highly desirable parts such as Bacheshir (Bahcesehir is currently split between three regions of Istanbul).

Beykoz is third worst, but this is due to its ongoing planning issues - much of Beykoz is allocated as forest space and construction is currently forbidden, especially in the Bosphorus regions. Beykoz ironically is home to expensive homes that line the villa, but these are rare, and hence rarely change hands. Beykoz is unlikely to see any construction, and the majority of existing stock does not have legal title, making it impossible to sell.

Fourth unsurprisingly is Esenyurt with a gain of 124% since 2011. Esenyurt has seen extreme levels of construction in the last 10 years, and this has caught up with the region. A population of nearly 800,000, and lacking in proper public transport, the region attracts the lower income bracket of buyers. Demand has reduced drastically in the region, due to the damning traffic problem into central Istanbul, and the over capacity Metrobus system. Esenyurt is in bad need of government investment to kick start the real estate market. Infrastructure plans for metro lines have all been delayed by the Canal Istanbul project, which is planned to pass through the region. Any further delays to metro lines will ensure Esenyurt will have much oversupply of stock, as Turks looking for more centrally located homes. 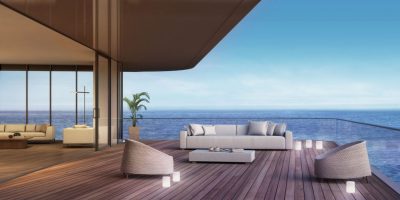